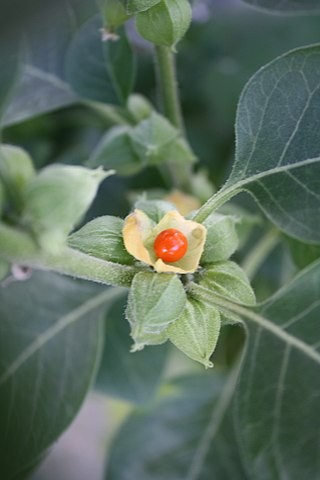 Michael Thomsen is herbalist and naturopath. Originally from Denmark, he completed studies in Naturopathy and Herbal Medicine in Sydney, graduating in 1986. Michael specialises in integrative oncology supporting patients with lifestyle and dietary advice, nutritional and herbal medicines and hyperthermia via allied clinics. His company, Eusano Healthcare, has pioneered whole body and local hyperthermia in Australia, importing and distributing ARTG listed medical infrared and hyperthermia devices made in Germany. He has a Master of Science, Graduate School of Integrative Medicine, Swinburne University and is currently a PhD scholar at Sydney University Medical School. Michael is researching chemotherapy-induced mucositis, intestinal dysbiosis and the possible role of probiotics as adjunct medicines in cancer care. Michael has extensive industry experience as past technical manager of leading herbal medicine companies in Australia.

He is the author of the popular Phytotherapy Desk Reference now in its fifth edition having sold 10,000 copies worldwide. www.phytotherapydeskreference.com

Introduced to Australian practitioners of Western Herbal Medicine in the mid-90s, Withania rapidly became a much-loved herb and is now one of the top selling herb in Australia and even in the UK. Ashwagandha (Withania  somnifera) is used in Ayurvedic medicine to promote youthful vigour, enhance muscle strength and endurance, and improve overall health. Ashwagandha’s popularity is no doubt related to its use as a relaxing or non-stimulating adaptogen and tonic and because it is considered safe for use in children.

Tandon et al. (2020) published a review of withania, which included studies published up to early 2019 [1]. No meta-analysis was performed presumably due to a paucity of studies for each condition.

A systematic search both for indexed and non-indexed literature was made for W. somnifera using various search engines and databases and the details of research articles pertaining to all clinical trials/human studies, animal studies addressing safety issues of CNS, CVS, general toxicity, mutagenicity, genotoxicity, re-productive safety and herb-drug interactions were reviewed and compiled comprehensively from full texts.

A total of 69 (39 pre-clinical and 30 clinical) studies documenting efficacy and safety aspects were identified and the desired information of these studies is comprehensively presented in this review.

Reasonable safety of root preparations of Aswagandha has been established by these retrieved 30 human trials.

A recent 16-week, randomized, double-blind, placebo-controlled, crossover study (n=50) found that a Withania extract known as Shoden beads for 8 weeks was associated with an 18% greater increase in DHEA-S (p = 0.005) and 14.7% greater increase in testosterone ( p = 0.010) compared to the placebo in overweight men (40-70 years) with symptoms of mild fatigue. The study found no significant improvement in cortisol, oestradiol, fatigue, vigour or sexual well-being.[2]

Shoden beads is manufactured by Arjuna Natural in Kerala, India from the roots and leaves of Withania. Shoden beads contain an extract standardised to eight withanolide glycosides with a reported high level of withanoside X (number 10). The total withanolide concentration 35% with each bead containing extract equivalent 10.5 mg withanolides. The dose was two tablets twice daily thus providing a total of 21 mg withanolides daily.

In another study by the same group, 240 mg daily of the Shoden beads was shown to reduce symptoms of anxiety as measured by the Hamilton Anxiety Rating Scale (HAM-A) in a 60 day RCT of adults with self-reported high stress levels.[3] Now that would be equivalent to 84 mg withanolides daily, a much greater dose than the previous study (four-fold higher). Interestingly, they also measured the response with another scale, the Stress Scale -21 (DASS-21), but the improvement was not statistically significant.

There are 28 clinical trials with Withania published on PubMed examining various conditions including osteoarthritis, hyperglycaemia, dyslipidaemia, sleep, anxiety, stress, degenerative disease, semen quality, infertility, immune modulation, ADHD in children, schizophrenia, cognitive dysfunction in bipolar disorder, memory and cognition, OCD, maintenance of body weight during stress, hypothyroidism, strength training and depression in schizophrenia. These are single, generally small studies and while some may have suffered bias and poor methodology, several used standardised extracts and seems of good quality. Together, the studies provide an indication for how you may use Withania in clinical practice.

A few of the studies used a standardised extract. Two, as mentioned, used Shoden beads. Another study used the Sensoril product (Natreon).

Sensoril is an aqueous extract standardised to contain 8% withanolides comprising of 2% withaferin A; and 32% oligosaccharides. The dose was 250 mg extract daily, which is equivalent to 20 mg withanolides. The study examined the effects of cognitive function in people with bipolar disorder.[4] A second study based on Sensoril examined the effects on stress in people with schizophrenia.[5]. A third study examined adaptation and recovery associated with strength training.[6]

Another study used 300 mg of a standardized (containing 5% withanolides) Ashwagandha root extract KSM-66 Ashwagandha from Indian company, Ixoreal Biomed. This is of course equivalent to 15 mg total withanolides. This RCT examined the anxiolytic effects of Withania.[7] KSM-66 is based on the root only (as it should be). Some of the other extracts are based on root and leaves. The primary use of leaves traditionally was for topical treatments on the skin for conditions like burns or carbuncles, not internal consumption.

KSM-66 was recently found to normalise thyroid hormone levels in an RCT of people with subclinical hypothyroidism.[8] The authors suggest caution in the use of Withania in hyperthyroidism. This is speculative although there has been one published case report with a possibility of thyrotoxicosis induced by Withania.[9] The case report is in Dutch and I have not read it, but I know from the examination of many other such case reports that a causal connection is rarely reported.

Much of the pharmacological activity has been attributed to the two main withanolides, withaferin A and withanolide D. Unfortunately, these are not specifically referenced by the branded extracts. This renders it difficult to be confident on the therapeutic reproducibility of these products*.

Described as a broad-spectrum phyto-pharmaceutical extract

Standardised to contain 5% withanolides by HPLC.

Ashwagandha was more efficacious against anxiety than psychotherapy (n = 40) when tested over 8 weeks. No serious adverse events were observed, and the distribution and frequency of mild adverse events was identical in both groups – and therefore most likely not causally related to the treatment.[14]

Four tablets correspond to the dose* used in the clinical trials.

Four tablets would provide the equivalent dosage* used in the clinical trials.

Withania 2:1 root extract quantified to contain not-less-than 4.0 mg/mL of withanolides. 8 ml of this extract would provide 32 mg withanolide which is equivalent to the dosage* used in the clinical trials. The weekly dose would be about 55 ml.

7 ml of this extract would provide 32 mg withanolide which is equivalent to the dosage* used in the clinical trials. The weekly dose would be about 49 ml.

One tablet corresponds to the dose* used in the clinical trials.

Two tablets correspond to the dose* used in the clinical trials.

1 tablet is close to the dose* used in the clinical trials.

1 tablet is equivalent to the dosage* used in the clinical trials.

There may be others including many KSM-66 containing products from the US on Australian websites.

*Warning. As there are a number of therapeutically active components in Withania somnifera and a lack of transparency over the source to benefit controls between batches and the finished product specifications, a direct extrapolation of “dosage” between products is not reliable but is provided for readers with this warning.