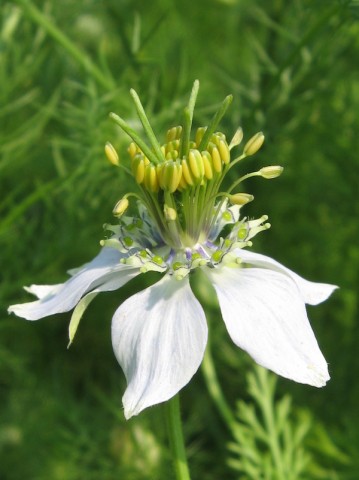 Nigella seed is such an important traditional herbal medicine in the Middle East, and in Europe, yet I don't think it is highly enough appreciated in Australia.
It is a brilliant herb with so many actions and indications.

Nigella seeds have long been used in folk medicine in the Arabian Gulf region, Far East Asia, and Europe. According to common Islamic and Arabic belief, Habbatul Barakah is a remedy for all ailments (universal healer). Black Seed is also mentioned as the curative "black cumin" in the Bible and is described as Melanthion by Hippocrates and Dioscorides and as Gith by Pliny.

For the new edition of the Phytotherapy Desk Reference I highlighted its three primary actions as Anticancer, Antidiabetic, and Hepatoprotective.

It actually has so many other extremely useful actions: Everything you can think of for the digestive and respiratory systems.

It is even a galactogogue and a uterine tonic. It also has anti-inflammatory and sedative properties.

Nigella seed is used for all disorders of the digestive and respiratory systems. It is also indicated for dyslipidaemia, metabolic syndrome, dysmenorrhoea and PCOS.

Now, I just came across another indication: kidney stones.

Preclinical (animal) studies have found that nigella is beneficial in the prevention and treatment of kidney stones.
Recently a randomised, controlled clinical trial (n=60) conducted by Iranian researchers found that nigella seed powder significantly resolved or reduced kidney stones in participants taking nigella capsules containing 500 mg powdered seeds twice daily for ten weeks.
Patients were assessed in terms of size of renal stones by using sonography before and after the intervention. They were only included in the study if they had stones large than 5 mm.

The difference in the mean size of renal stones after the study was significant between the two groups (p < 0.05).

This study was a well-designed study. The methods are clearly described in the article and it included a sample size power analysis, something you don't often see in herbal medicine trials although it is critical.

A power analysis is basically an analysis to find out how many participants to include in a study based on the estimated effect size which is deemed significant. Note also that they used sonography to measure the response.

The results of this study suggest that nigella seed powder is effective in the early stages of kidney stones when the stones are smaller, but once the stones increase in size, the efficacy is reduced.

Participants who took nigella seed were nearly 3 times as likely to excrete the kidney stones compared to placebo.
Larger stones may need longer time to treat or perhaps an extract of nigella seed would be more effective. The typical liquid extract dosage is 30-80 ml per week.

Nigella should certainly be considered for the prevention and treatment of urinary and kidney stones.

When you subscribe to the blog, we will send you an e-mail when there are new updates on the site so you wouldn't miss them. 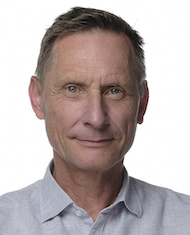 I now divide my time between clinical practice where I specialise in cancer support and my various business activities.

Michael Thomsen is a Naturopath with over 30 years’ experience. Originally from Denmark, Michael completed studies in Naturopathy and Herbal Medicine in Sydney, graduating in 1986. He has a Master of Science, from the Graduate School of Integrative Medicine, Swinburne University and is currently completing a PhD at Sydney University Medical School.

Michael has extensive industry experience as past technical manager of leading herbal medicine companies in Australia. He is the original author of the popular Phytotherapy Desk Reference now in its fourth edition having sold 16,000 copies worldwide.

Thanks Michael. Bearing in mind that the medical options around kidney stones invariably involve opiod use for pain, this is a very useful herb for reassurance. Kidney stone patients live on then edge - every twinge worries them.

0 Cancel Reply
Thanks Michael. Bearing in mind that the medical options around kidney stones invariably involve opiod use for pain, this is a very useful herb for reassurance. Kidney stone patients live on then edge - every twinge worries them.
Cancel Update Comment
1 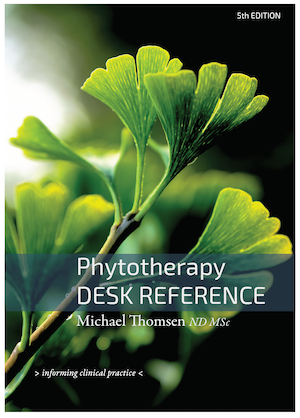 My original copy of Michael Thomsen’s Phytotherapy Desk Reference is herb-stained and dog-eared. So it was with much excitement that I received the latest edition of this little gem.

The book, as with the previous editions, has been designed not as an exhaustive materia medica but rather as a desk reference for the busy herbalist. It contains short, precise descriptions of 236 of the most commonly used herbs in Australia and New Zealand.